All of the physicians at Pediatric Medicine are certified by the American Board of Pediatrics and are members of the American Academy of Pediatrics as well as the Vermont State Medical Society.  They regularly attend conferences and workshops to stay abreast of the rapid changes in medical care and to maintain their credentialing.  Each has admitting privileges at the Vermont Children's Hospital at The University of Vermont Medical Center and has a close relationship with the specialists there.  As faculty members of the University of Vermont College of Medicine the doctors are actively involved in teaching medical students and pediatric residents in the hospital as well as in the office. 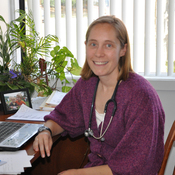 Dr. Jennifer Bergeron Carlson grew up in South Burlington, VT.  She attended Bates College in Maine.  She completed her medical degree at the University Of Vermont College of Medicine.  Dr. Carlson performed her internship and residency training at the University of Utah.  She remained in Utah for 3 more years as a clinical instructor in the Pediatric Emergency Department.  She joined Pediatric Medicine in July, 2009.  In her free time Dr. Carlson coaches young skiers for Mansfield Nordic Club and mentors young girls through Girls on the Run.  Her passion is traveling the world and exploring new places with her family. 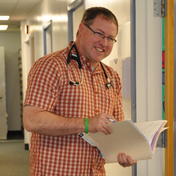 Dr. Friesen (Dr. Brad) is a graduate of the Penn State College of Medicine. He completed his training in Pediatrics at the University of Vermont and joined the practice in the summer of 2001. He has a special interest in sports medicine. 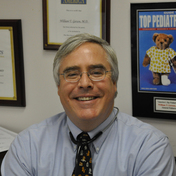 Dr. William T. Gerson was born and raised in Storrs, CT. He received his undergraduate degree in History of Science at Harvard College and his medical degree at The Johns Hopkins University School of Medicine. He completed his internship, residency and chief residency at Children’s Hospital Boston. After finishing his training he remained at Children’s Hospital as a member of the Pulmonary Division and Director of the Cystic Fibrosis Clinic. He joined Pediatric Medicine in 1988. Dr. Gerson and his wife Kristine live in Charlotte and have four adult sons and one granddaughter. Dr. Debra Hartswick received her undergraduate degree from Dartmouth College. She graduated from the University of Vermont College of Medicine and completed her Pediatric training at Fletcher Allen Health Care in Vermont. She joined Pediatric Medicine in 1993 and enjoys working with children of all ages. Dr. Hartswick has volunteered her time with the Make A Wish Foundation of Vermont and with local youth sports including cross-country running and swimming. She and her husband, Thom, have two young adult children.
​ 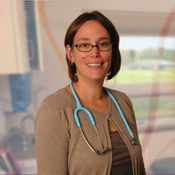 Dr. Patty Rissacher is a Craftsbury, Vt native and a graduate of the UVM College of Medicine. In 2008 she completed her residency at Vermont Children’s Hospital. She continued there as the Chief Resident in Pediatrics from 2008-2009 and as a Pediatric hospitalist and Asst. Professor of Pediatrics at the UVM College of Medicine from 2009-2012. Since then Dr. Rissacher has been in practice as a pediatrician at Canton-Potsdam Hospital in Potsdam NY. She is a Fellow of the American Academy of Pediatrics.